A family owned brewery, focusing on brewing a well balanced beer for everyone. Join our family & drink Craft!

Find out what's on tap today for each location by checking out the beer menu.New beers added frequently 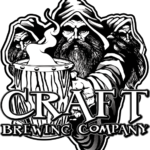 Check out our weekly events and specials. Choose a day that fits your liking and join us for a beer or two. 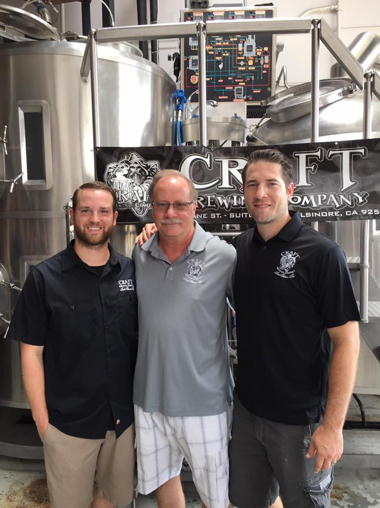 Craft Brewing Company originally started with four home brewers that shared the same passion of brewing great beer. Craft Brewing Company broke ground in 2009 and open it’s doors in March of 2010. Where the partners were brewing off their home brew systems before acquiring a 20bbl brewhouse to ramp up production. As the years had past, the partners went their separate ways, and it wasn’t until May of 2017 where Kirk, one of the original partners, and his two sons Kirk Robert and Nick took over the brewery as a family. Since then, they continue brewing the beer everyone enjoys, growing the brewery with new ideas and brews, and keeping it true to the Craft as a family owned company. Craft Brewing Company strives to push forward in this competitive industry with sticking to what they know and love which is making great beer. So please, grab a beer, support your local brewery, and join the Craft family. Cheers!

Brewing since 2012, Jacob Mitchell has had an unbelievable passion for craft beer since that first drop of wort touched the kettle. Jacob has a liking for everything from Triple IPA to English Mild, and loves to visualize how new flavor combinations might come together. Jacob is known for brewing both on-point classic styles, as well as flavor creations like La Brujería spiced pumpkin porter and Oh, Christmas Tree, a double IPA base with spruce, cinnamon, vanilla, peppermint and juniper. 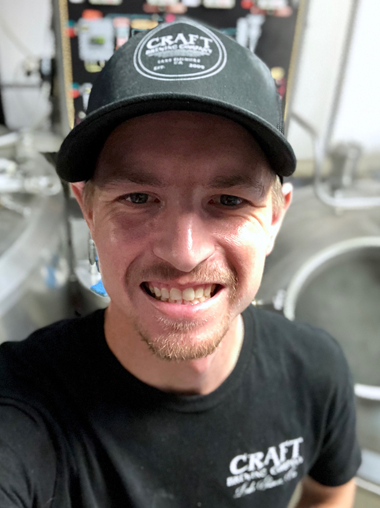